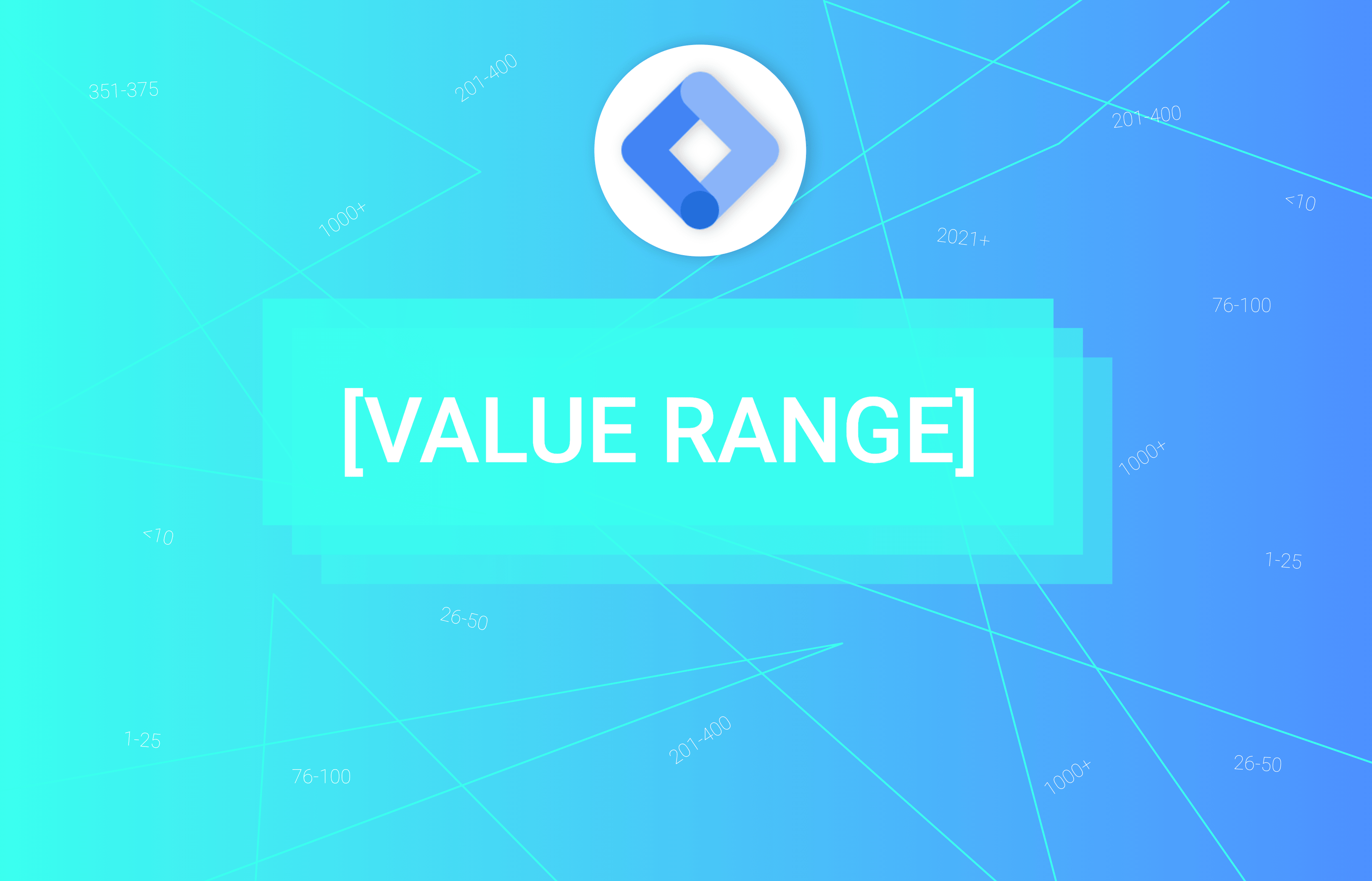 Provided numeric input is translated into a range with the step size declared in the settings of the variable (e.g.130 => 101-150, where step size is 50).

This could be used as a dimension/parameter/property in tags like Google Analytics. The perfect example would be an e-commerce event where a monetary value could be transformed into a cluster-dimension or a user property, rather than a metrical value, which gives an extra breadth in the analytics report. Certainly, there are many more use cases outside of e-commerce.

The input must match a pattern of the positive numeric value. The floating point numbers will be rounded down before converting it to the range. The negative value will result in <1 by default.

The step size implies the window; the lower is the provided step size, the higher cardinality could be expected in the reports, supposedly, on a dimension level. For example, if the input value is 50 and the step size is set to 25, the output will be 26-50. It is difficult to think of the case where the counterintuitive settings should be applied, although, if the step size is <=1, an input value will be returned back.

Combination of these settings and thus, the functionality of the variable may be abused by the user input, especially if it arrives from the unprdictable referenced variables. Quite some time was put into optimizing this template and testing against the most dummy cases you could potentially think, however, it is still good to address the topic of edge cases.